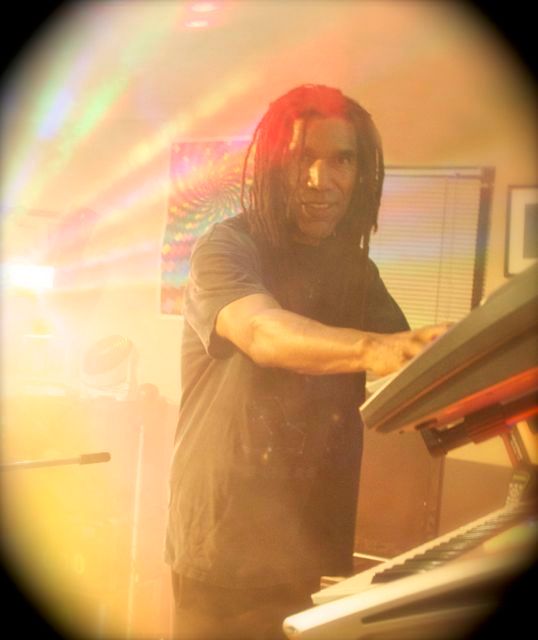 Dennis Weise (a/k/a Doctor Wize), is an accomplished musician, composer, keyboardist and vocalist.  He studied music at Trinity College under the illustrious modern-classical composer, Samuel Barber.  He later earned a Doctorate at the United States International University in San Diego (now known as Alliant University).  When not performing, Dennis is a practicing psychologist.

Dennis performed with Bill Laswell and Michael Beinhorn’s band in New York City in 1978, which later became known as Material. That band recorded with jazz giant, Herbie Hancock, on “Rock-It”, Columbia Records best selling extended play single at the time.  He also performed with the progressive European band, Gong, while touring in NYC.  He is also an accomplished studio musician.  He recorded with Wailers band members in the famed Tuff Gong studio in Jamaica in 1982.

Dennis has produced and independently distributed two solo albums (“Valhalla” in 1979 and “Consciousness Program” in 1980) and recorded original music for the “Eurock: American Music Compilation” album (1982) that also featured Eddie Jobson of Roxy Music.  His first ambient CD entitled, “Towards the One” was released in 1995, and has been distributed in the U.S. through Valley Recordings, formerly DNA Distribution and through catalog sales to the world with Eurock and Backroads distributors. The follow up 1998 CD release “Corps of Discovery” was also the name of Dennis’ band. Under the name Corps of Discovery, Dennis released “Anima Manna” in 2000. He released “Space Station Delta” in 2006, “A Warm Glow” in 2010. He also released “Chakras Meditation” (with Mimi Moyer) in 2012. He released an Electronic Dance Operetta "Sociodrama Role Induction" in 2015, and three albums in 2017- "Floating Free", "Ancient and Entangled", and "Accurate Instinct." While Dennis’ earlier work tended towards ambient electronica, the influence of dance music can be seen in his later work. Dennis has numerous unreleased works.

Dennis’ music has been featured on the web site “SerLive”, an online booking and management company for sports clubs, the promotional video for the psychologist Jon Connelly, and on the photography website “PY Photography”.